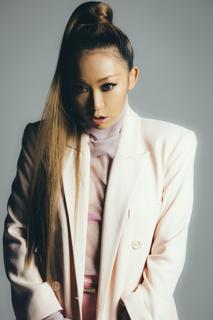 Koda's 2 joint 13th & 14th albums W FACE ~inside~ & W FACE ~outside~ were released together on the same day last March .

Limited single songs LIT & NEVER ENOUGH are included in AND but not HUSH .

Kicking things off in AND is PARTY which's also the only album track that gets a video made .

PARTY was chosen to be used as the opening song for Music B.B. music show .

As the song title suggests , PARTY is a very fun catchy song which sets the tone on what to expect in the later parts of AND .

The next 4 songs are a series of back to back upbeat tracks which's packed with non stop energy . SWEETEST TABOO is aggressive sounding while GOT ME GOING' is a cool mid tempo track .

WHO & OUTTA MY HEAD are 2 of my favourite album tracks in AND and before hearing the album , there was actually a snippet of WHO being featured/played in the 2nd 1/2 of the video for PARTY .

At that time , I didn't know what was the song featured in the video but now that I know , it's easy to see why WHO was featured as it's a great no. & in a way it's unfortunate a video wasn't made for WHO .

Same thing with OUTTA MY HEAD as the way Koda sings in this song , it's quite different in the way she delivered but she nailed it .

NEVER ENOUGH was released as Koda's 62nd single & this's the only ballad sounding no. in AND .

The next album track ALL RIGHT is also another pretty good song . Promo wise , this smooth sounding no. was used in the ads of Jutaku Johokan housing company & Hyogo's Minamiawaji City .

LIT was released as Koda's 60th single & this was released last year as part of 3 back to back limited single releases , alongside with HUSH & NEVER ENOUGH .

BRAIN & IT'S MY LIFE are the last 2 album tracks in AND . BRAIN is probably my least favourite album track & it doesn't help that the way Koda pronounced brain as 'blain' made me a bit cringe over it .

Concluding things in AND is IT'S MY LIFE & it's a strong sounding in your face track which wrapped things up quite fittingly in the album .

Koda Kumi released 2 studio albums on the same day last year which I thought it was quite daring of her to do something like this . Even though I don't like all the songs in both W FACE ~inside~ & W FACE ~outside~ , overall it's a commanding effort .

So for Koda to decide to release yet 2 more albums this year , I'm surprised & the same thing goes with AND .

Koda mentioned that her objective for AND is that she wanted to make a fun filled party theme driven album & she was able to accomplish that to a certain extent . I like most of the new material as it's non stop fun with some mid tempo tracks thrown in for good measure .

AND does has some flaws in that for starters , I'm a bit disappointed Koda didn't include HUSH as I like it a lot & also for the album to be under 35 minutes , it's somewhat underwhelming but now that she decided to do away with interludes in her albums , I shouldn't be complaining about it so much .

That said , AND has some great album gems such as WHO , OUTTA MY HEAD & IT'S MY LIFE , it would have been great if Koda made videos for them instead of just PARTY only but since this's an album that was made for partying , quite a few songs are something that probably could have been included in W FACE ~outside~ .

The 2nd album that Koda will release later on in 2018 is titled DNA & 1 of the new songs that will be included in the upcoming new album is HAIRCUT .

Hopefully HUSH will be included in DNA as it would be a shame if it's excluded . 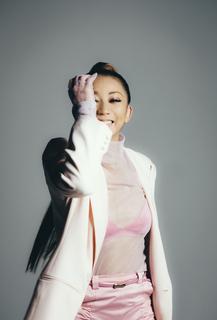