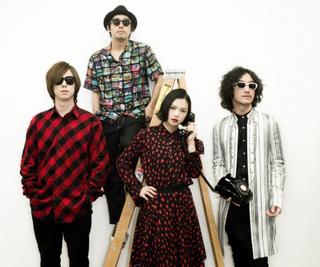 Spotlight is FLOWER FLOWER's 2nd album & it was released on 14th March .

Vocalist yui commented , "We have completed a new album ! Something incredible has been made ! It was a great time working together with the other members [of the band] . I am excited for everyone to listen to it ."

Kicking things off in Spotlight is Inochi which's a great album opening number & the 1st time I heard it , I got a bit of a shock as I didn't expect the song to get very loud in the later part but after a while I got used to its aggressiveness .

The next song Powerful is 1 of 2 songs that were originally created from demo tracks during FLOWER FLOWER's early days .

Powerful was 1st released digitally on 13th March prior to Spotlight physical release . A video was made for the song but it's not included in the DVD .

What stands out about Powerful is the fast paced piano driven melody & the accompanied video has a rather weird kooky feel which elevates the song's status to another level .

After 2 back to back upbeat tracks , things are slow down considerably with the next song Coffee .

Prior to the release of Spotlight , FLOWER FLOWER already had performed Coffee during their past live performances .

Just like Powerful , Coffee is also quite heavily piano driven but in this case , it's more chilled & laid back which both back to back songs contrast each other very well .

Anata to Taiyou is the next song & this's a bit different from what FLOWER FLOWER does as it's quite a dreamy no. . It's also quite laid back sounding like Coffee but for this , the usage of synthesisers can be heard quite substantially in Anata to Taiyou .

The pace in Spotlight is picked up subsequently with Chizu which's quite a moody sounding song . Just like the album opening track Inochi , it initially is quite slow paced but after a while , it changes to have a more upbeat sound .

Chiri is interesting as it's a mid tempo song with prominent usage of bass & saxophone beats can be heard in the melody .

The next 2 songs Ice & Odori are both over 5 minutes long each . Despite this , both tracks are quite good . Ice also has the same type of melody change up like Inochi & Chizu where it's quite mellow sounding in the beginning & after a while , its melody changed to a more heavily synthesiser driven sound .

Prior to Spotlight physical release , Odori was 1st released digitally on 7th March .

Ice & Odori have some music similarities where synthesisers play a rather big role in both tracks .

Ubugoe is another lovely piano driven no. which's almost in the same vein as what Coffee offers .

The next song Tokei was 1st released digitally on 28th Feb . A special video was made for the song & it's included in the DVD footages of Spotlight .

I think out of all the songs in Spotlight , Tokei is probably the most radio friendly sounding track as it's a very pleasant upbeat listening no. that is quite heavily piano driven (once again) .

Chiisana Mado is the longest song in the album & it's almost 7 minutes long . It might sound daunting at 1st but I actually enjoy it .

For this , Chiisana Mado has some similarities with Anata to Taiyou as both have a dreamy laidback sound but for Chiisana Mado , yui's vocals doesn't sound that distorted which I'm sure it was done on purpose .

It has been quite a long time since I last listened to an album that has no singles but yet I enjoy listening to Spotlight tremendously .

When it was made known that FLOWER FLOWER will not include Takaramono & Mannequin in Spotlight , I was surprised but at the same time , that probably means that they felt very confident on the new material & after hearing the tracks in the album , I have no doubt that it's a music risk that paid off really well .

It's also hard to believe it has been almost 4 years since FLOWER FLOWER released their debut album too . While Mi wasn't a bad album , some of the songs felt as though the group included them as a form of testing ground & I think at that time , they haven't found their niche sound yet .

Comparing Mi with Spotlight , FLOWER FLOWER has grown significantly & I think they finally found what works for them , sound wise . Also , quite a lot of songs in Spotlight placed big emphasis on piano & synthesisers but for both elements , the members utilise them well & it doesn't felt as though both traits are over saturated in Spotlight .

I don't have any complaints towards the songs in Spotlight as it's a joy to listen to the album from start until finish . When I 1st heard the new material , I was really surprised in a good way & since then , I haven't stopped listening to Spotlight on a regular basis .

Over the years I have come across albums that have inclusion of singles which they sound great from beginning until the end .

But for albums that have no singles & to sound stellar from the 1st to the last song , that's something that rarely happens but thankfully , Spotlight is 1 of the few albums that's now in this category .

All in all I hope I wouldn't need to wait another 4 years for a new FLOWER FLOWER album but if they will make something on par if not better than what Spotlight is , then I'm up for it .

Spotlight is definitely worth the 4 years wait & it's so far no doubt my favourite album of 2018 . A highly recommended album worth a few listens & more . 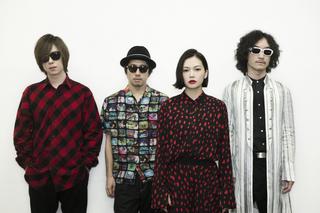 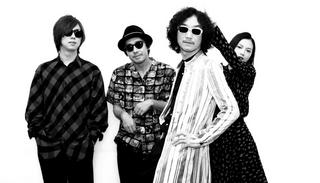